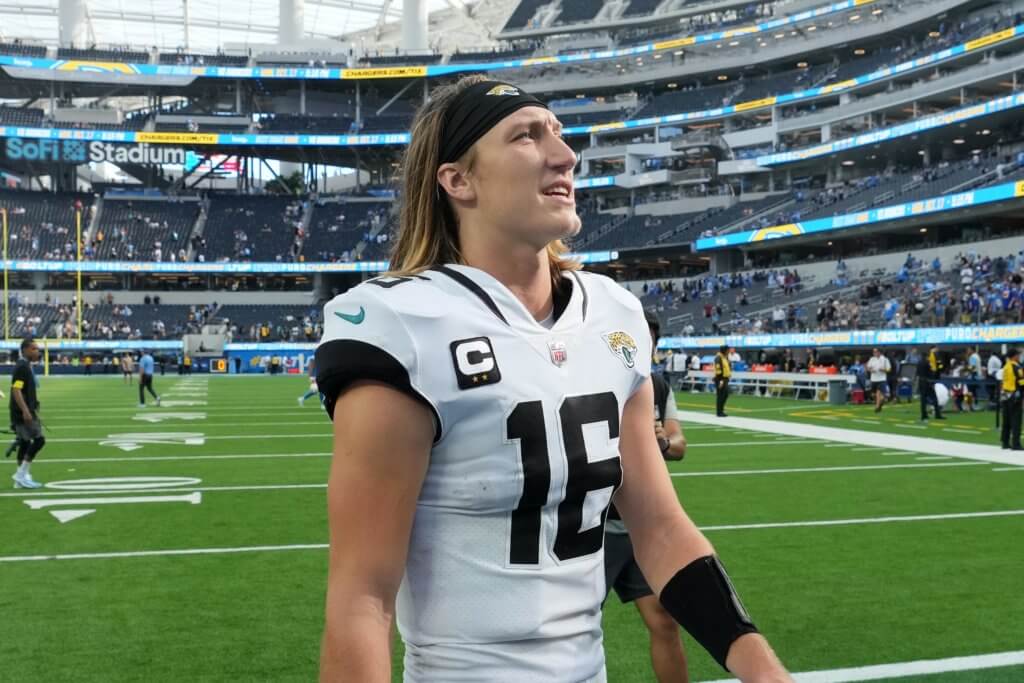 Hello, and welcome to the 2022 version of FantasyGuru’s Dynasty Watch!

It will be my fourth season writing this article, and I’m excited to continue providing in-depth dynasty-related content.

While fantasy points are scored in the same fashion weekly, there are some distinct differences between dynasty and season-long fantasy football evaluations. This article aims to break down player movement from a dynasty-based point of view and provide the proper context needed to make informed decisions.

JOE BURROW – 99 (+2) – Burrow is going to be an elite fantasy QB for a long team, and has an incredible supporting cast.

TREVOR LAWRENCE – 99 (+2) – Lawrence has been undeniably great the last couple of games, and I believe it’s a sign of things to come. It’s better to be early on Lawrence than late.

MAC JONES – 67 (-3) – Jones chances at being a starter beyond this year are looking lower and lower as the weeks go along.

SAQUON BARKLEY – 95 (-2) – A ton of touches this year, and is heading into middle ages for RB careers.

JK DOBBINS – 70 (+10) – Dobbins may not be fully back, but he’s shown explosivneess and has regained an every week fantasy relevant role. This is a big shift from how we perceived him earlier in the year.

AJ DILLON – 62 (+2) – Dillon has been playing better of late, and is finally getting the fantasy opportunity many expected heading into the year.

DAVID MONTGOMERY – 62 (+5) – Montgomery’s career could be extended if he can continue to play with Justin Fields.

JAMES CONNER – 60 (+10) – Conner makes yet another comeback, and has looked great despite the Cardinals season falling apart.

CAM AKERS – 58 (+5) – Akers has looked like a new man since they reinstalled him into the lineup this past month. Hope for the future.

STEFON DIGGS – 83 (-1) – Not putting up elite results of late, and isn’t getting any younger

JAHAN DOTSON – 79 (+2) – Continues to play well on a small sample size, and is a big part of Washington’s future plans.

ZAY JONES – 60 (N/A) – I somehow didn’t have him ranked. Jones has been excellent this year, and clearly has great chemistry with

TYQUAN THORNTON – 53 (+5) – Should see more opportunity at the end of the year with the other Patriots WRs struggling.

MARK ANDREWS – 93 (-1) – The long term health of Lamar Jackson is a legimate question.

DALLAS GOEDERT – 82 (+2) – Off Injured Reserve and might be able to help fantasy owners in the playoffs.

ADAM TRAUTMAN – 59 (-2) – Trautman has been completely surpassed by Juwan Johnson. Not a good sign.

JUWAN JOHNSON – 56 (+2) – Johnson has emerged as a major weapon when Andy Dalton is starting.

JAKE FERGUSON – 55 (+6) – There’s a real chance that Dalton Schultz doesn’t re-sign with the Cowboys, and if that’s the case, there could be major value here.

Check out the full list of Dynasty Ratings/Rankings Here