Who did what when it came to the saves column in 2022? Let’s review the men who excelled, or at least posted, double digit saves totals this season.

There were two men with 40 saves: Emmanuel Clase 42 and Kenley Jansen 41. That was Clase’s first season of 25 saves and the fourth season of 40 saves for Jansen. Kenley also has at least 25 saves every full season since 2012 and at least 33 saves each of the last nine full seasons. He has 382 saves since 2012 which is 35 more than anyone else, or a full dominant season worth.

Hendriks has 38 and 37 saves the last two years.

Diaz struck out 118 of 235 batters, or slightly more than half the men he faced.

Rogers was traded and stunk according to most, though he still had a career best 31 saves.

Soto had a remarkable season with his first 20-save effort as well as 11 loses.

Doval also won six games while blowing only three chances in just his second season in the league.

Barlow lost about two mph from last season but still had his first season of 17 saves.

Holmes was the best AL reliever for a while before a late season slump and health woes caused his WHIP to rise to 1.02.

Robertson saved 20 games for two teams after failing to record a save in 2019-21 which is pretty remarkable.

Scott, who should be called Tanner, slummed his way to 20 saves despite a horrible 1.61 WHIP.

Melancon fell from 39 saves last season to 18 this year though he only blew three games. Despite that BS total, he still lost an amazing 10 games.

Iglesias had 17 saves and 15 holds as a deal to ATL sent him to the setup role. Has a WHIP under 1.00 each of the last three years.

Williams threw his filthy changeup more than half the time. Has a 39 percent K-rate each of the last three years.

Bautista was on waivers in AL-only leagues to start the year. In the end he won four, saved 15 and had 13 holds with a 0.93 WHIP and 35 percent K-rate. 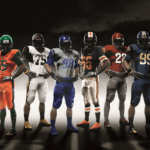