Which players were able to hit those milestone markers in 2022 and which guys fell just short of reaching a number that is pretty to the eyes?

One: The number of outs away from qualifying for the ERA title by Lucas Giolito. He will not appear on leaderboards as a result. By the way, 44 guys threw 162 innings. The closes miss amongst NL arms was that of Mitch Keller who threw 159 frames.

One: The number of victories needed to reach 15 for Carlos Rodon, Sandy Alcantara, Max Fried, Dylan Cease and Jameson Taillon who all had 14 victories.

Hunter Renfroe had 31 homers last season, this year he fell just short with 29 big flies. He had 50 fewer plate appearances, so he was right on the pace.

Christian Yelich fell one run short of 100. He also fell one steal short of 20 thefts. He was a homer short of 15. 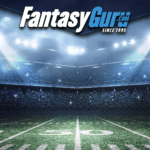