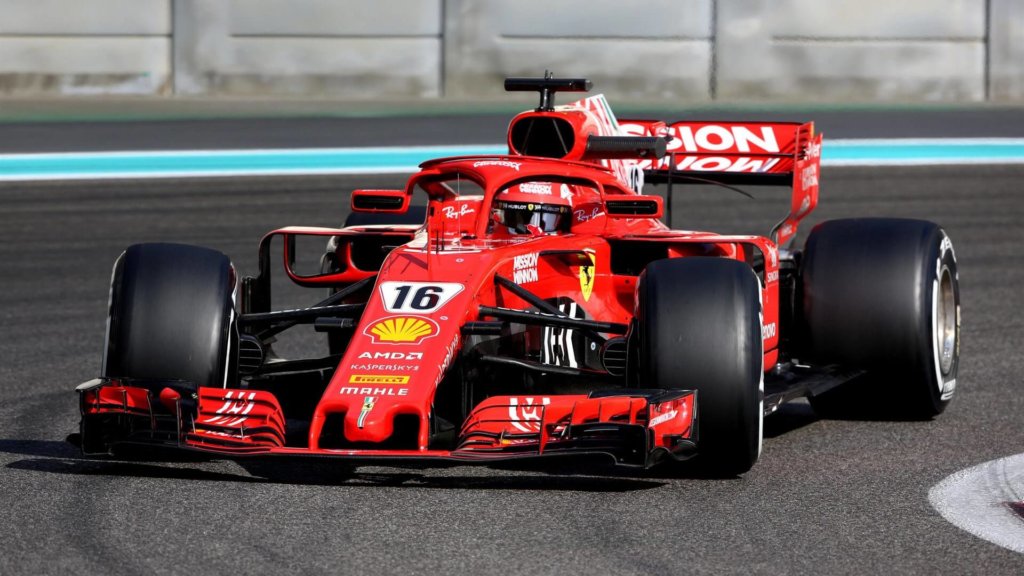 I’m assuming most of you are here in the US, so it’s likely you’re not that familiar with Formula 1.  With that in mind, I’ve compiled a quick breakdown that, I hope, accomplishes 4 things:

So, hopefully this article gets your motor running (hahahahahaha I can’t believe I just made that joke; I’m the worst.) for some F1 betting, because it’s still VERY early in the season, the F1 market at US-available sportsbooks is insanely soft, and the 42.1% ROI I have through the first 2 races may not be sustainable (we’re looking for 5-10% over the season), but it certainly isn’t a fluke!

If you’re still reading this you probably like racing, which means you’re probably at least a little familiar with NASCAR.  So, I thought the best way to introduce you to Formula 1 might be by comparing the two.

Every car is, basically, identical.

Only a few settings adjustable to the driver’s preference.

Each team’s car is different.  The sport is, first and foremost, about the teams competing against each other.

A few manufacturers supply the power units for the entire grid (currently Mercedes, Ferrari, Renault, & Honda), but even each of those are very different from each other.

Each team’s chassis is their own responsibility, and only a handful of specs are controlled by the rules.  This is where the teams try to differentiate themselves, spending $100,000,000-$400,000,000/year on R&D.

Somewhere between 3 and, I don’t know…16 hours?

Done to make sure the races have a nearly-uniform duration, which is better for viewers at the track and watching on TV.

Grid Start (everyone at a standstill)

I know, it’s a different animal:  There are fewer people on the crew, NASCAR wheels have more lugnuts, they only do one side at a time, etc., etc.

Nothing fancy here, just a big hunk of metal.

About ½ of a horsepower per kilogram of car weight.

Yup, HYBRIDS.  The V6 does most of the heavy lifting, but there are multiple electric motors involved that add about 160hp to the 600-700 it puts out.

The electric motors are powered by two generators, which in turn are powered by the kinetic energy given off when the car brakes and by the heat given off by the car’s exhaust, respectively.  Essentially, the car is both powering and recharging itself throughout each lap, resulting in a constant boost of power on top of what the V6 is giving off.

About 1 horsepower per kilogram of car weight (2x as powerful as a NASCAR car).

You ever driven a car?  It’s that. It feels like that.  Not a big deal.

The video starts at the good part, but you can rewind to see the driving position and even the insane process of getting into the car.

Someone in Your Way?

Move them the fuck OUT of the way.

Too bad.  Figure out how to get past them.  Out-think them. Out-maneuver them.  Don’t brake until 20 yards before that corner even though you’re going 150 mph (not an exaggeration).

“I felt a raindrop!”

“EVERYBODY STOP!  Let’s wait until ALL of the raindrops are gone, they can’t hurt us then.”

“I literally cannot see 20 feet in front of me.”

“I mean, this IS a little ridiculous.  Let’s stop for a few minutes.”

Lewis Hamilton:  “I don’t know why we’re stopping, this is normal…”

I don’t want you to think I’m trying to insult NASCAR, I truly am not.  It’s a great series with great history and tradition and I totally understand someone being a fan.  Driving a tank sounds awesome, and who doesn’t like seeing a heavyweight boxing slugfest? I know I oversimplified and undersold a lot of the stuff in the NASCAR column above:  It’s just a different kind of series and it presents its own challenges to the drivers and teams.  Obviously, though, I’m not that into it and, if I may express an opinion:  There really aren’t many metrics by which NASCAR is better than Formula 1.

lol I know that last one is the dumbest and oldest joke on NASCAR in existence, and I think it’s lazy and unfair to say NASCAR drivers are just “going in circles”, but if we really think about it:  Isn’t it kind of stupid?

Things to Know About F1

Why are the above points important to us?  Because they have a LOT to do with why our edge on the books is so large.  The market drastically underestimates the things above, especially the part about the rules.

Quantifying ANYTHING in F1 other than lap times is almost impossible.Like I said; this sport is, effectively, entirely new every 7-10 years.  With only 18-21 races per year, and only a few dozen laps per race, there is no way for us to get a large enough sample size of anything to create “advanced stats” or innovative metrics, much less to actually predictively model anything with confidence.

Because of this, books are left with only previous results and the desires of the public to determine their lines, and the public is stupid.  Really stupid. How stupid? Quick illustration:

Lewis Hamilton is a 5-time (and 4-time in the last 5 years) World Champion.  You know those 76 wins Mercedes has had in the last 102 races?  51 of them are Lewis’.  F1 has been to Bahrain 5 times in that 102-race stretch, and Lewis has won 2 of those 5.  Last week, in Bahrain, Lewis was starting 3rd.  There have been 14 races in Bahrain EVER, and every single one of them has been won by someone starting 1st-4th.

+400 was a JOKE.  +337 was less of a joke, but still hilarious.  The public, though, was so in love with the pole-sitting Charles Leclerc they bet him into oblivion (almost to +100 to win, last I saw, which were basically the “true” odds of him just getting to the 1st CORNER of the race in the lead), and left Hamilton (and the +1700 Bottas, who finished 2nd) basically untouched.

I’ll stop here because I could write about racing all day, but I’ll leave you with this:  Below are my results from the first 2 races of this season. I include them so you can get a feel for how I approach betting a race, and as an illustration of exactly how inefficient the opening market is.

P.S.  If I’ve done ANYTHING to pique your interest in F1, check out the FANTASTIC documentary series that just landed on Netflix a few weeks ago called F1: Drive to Survive.  It is, by far, the best behind-the-scenes look at the sport I’ve ever seen, giving you unprecedented access to the drivers and teams throughout all of last season.  Even just the trailer gets me fucking PUMPED.